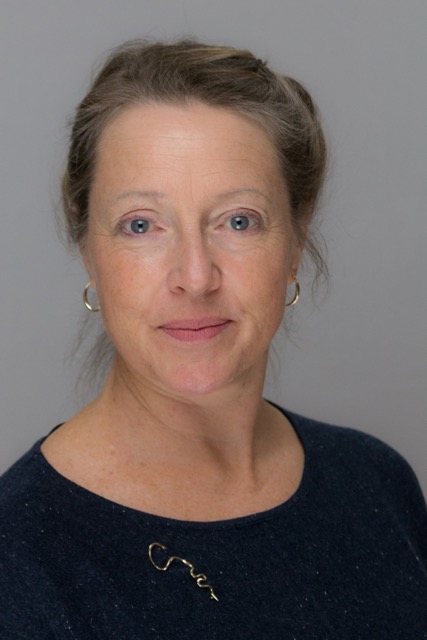 Overview: Our group focuses on the interactions between the plant pathogenic bacterium Ralstonia solanacearum and its many plant hosts. R. solanacearum causes bacterial wilt, a soilborne disease found in tropical and warm temperate regions all over the world. Because of its very broad host range and wide geographical distribution, it is arguably the world’s single most harmful bacterial plant pathogen. This fascinating and destructive bacterium presents many intriguing questions. How can R. solanacearum infect so many different host plants? What traits allow it to live at high cell densities in some plants without causing symptoms? How does the bacterium regulate its diverse and complex set of virulence genes?

Approaches:Our long-term goal is to identify traits that R. solanacearum needs to cause wilt disease in the unique nutrient-poor and microaerobic environment of the plant xylem. We also study plant responses to infection with R. solanacearum. Because R. solanacearum is a plant pathogen, not merely a laboratory model organism, we do our experiments in planta under biologically realistic conditions and we work with economically important natural hosts such as tomato, banana, potato, tobacco, and geranium. Working with collaborators, we also study this disease in the field.

Below are a few areas of active research:

Metabolic multitasking: How Ralstonia solanacearum uses inorganic nitrogen for plant pathogenesis    R. solanacearumis very successful in the vascular tissue of its plant hosts even though this habitat contains few nutrients and little oxygen. This project’s central hypothesis is that R. solanacearum uses inorganic nitrogen, one of the few abundant nutrients in plant sap, not just for food but also to generate energy and to sense and manipulate plant defences. We are using genetic and biochemical experiments to identify the specific adaptations that allow this pathogen to use inorganic nitrogen in multiple ways as it causes plant disease. Expected results include a better understanding of how R. solanacearum grows at low oxygen levels and a definition of the role(s) in virulence of nitric oxide, a common biological signal molecule that also has antimicrobial properties. R. solanacearum is a widely distributed pathogen with many hosts, so these results are likely to be relevant to diverse plant-associated microbes. Plant vascular systems are home to many microbes, ranging from destructive pathogens like R. solanacearum to valuable mutualists that can increase plant stress tolerance or growth. This project will generate basic biological knowledge about the biochemical mechanisms used by plant-inhabiting microbes.

Intrastrain competition in R. solanacearum. Humans have distributed R. solanacearum around the world, but different strains rarely occur in the same field and have never been found in the same plant, for unknown reasons. In the stems and rhizospheres of whole tomato plants, a North American strain (K60) outcompeted both a tropical Asian strain (GMI1000) and a cool temperate Race 3 strain that causes potato brown rot (UW551). Strain K60 also inhibited growth of other R. solanacearum strains in culture. The inhibitory activity was secreted, proteinaceous, and had no activity against tested non-R. solanacearum bacteria. We hypothesize that the inhibition is caused by bacteriocins, antimicrobial proteins active against closely related strains that may mediate competition among R. solanacearum strains in the field. Mutagenesis indicates the bacteriocin activity is encoded by diverse Rhs domain proteins, which are cell surface or secreted toxins. Characterization of these genes is underway to better define the role of bacteriocins in competitive fitness and exclusion of this major pathogen.

Finally, the nucA/nucB mutant formed abnormal non-spreading colonies and produce abnormally thick biofilms, which contain EPS and DNA. If R. solanacearum needs DNases to form normal biofilms on xylem vessel walls this may explain why NucA and NucB contribute to virulence after root entry. We are working to better understand how extracellular DNases contribute to bacterial wilt virulence.

R. solanacearum, geraniums, and bioterrorism. A subgroup of R. solanacearum, Race 3 Biovar 2 (R3bv2), is listed as a potential bioterrorism agent (Select Agent) in the United States. R3bv2, which causes serious losses on potatoes in the highland tropics, is now subject to the strictest quanantine and biosecurity regulations. Although R3bv2 is not established in North America, it has been introduced several times on imported geranium cuttings. Recent introductions of this pathogen on geranium cuttings have cost the ornamental industry millions of dollars. Our lab studies the interaction between R3bv2 and geranium plants to help develop regulatory policy that corresponds to the true biological risk posed by this pathogen.