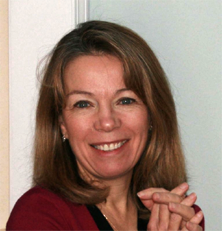 As the department’s only nematologist, my research projects often include a wide variety of nematode species, crops, and approaches. Members of our group often work in collaboration with other scientists in the Department. I have two primary research interests – the role of nematodes in the early dying disease of potato and the overwinter survival strategies of nematodes. We have demonstrated in field trials that the nematode Pratylenchus penetrans and Verticillium dahliae interact synergistically to cause potato early dying and are now studying mechanisms responsible for the interaction. The emphasis of our program on the overwinter survival of nematodes is to understand the ecological and physiological parameters which enable nematodes in Wisconsin to survive freezing. The goal of my collaborative work is to develop sustainable management strategies for nematode pests of potato, soybean, corn, and other crops important to the north central region of the U.S.

Schroeder, N. E., and MacGuidwin, A. E.  2010. Mortality and behavior inHeterodera glycines juveniles following exposure to isothiocyanate compounds.  J. Nematology 42(2) (in press: the JON has not released this issue, but the date will be 2010).